Loaded with bright fresh flavors and a touch of heat, this easy, Mexican-inspired pasta dish makes a nice choice for a simple, vegetarian dinner.

Broiled poblano peppers and tomatillos, combine with sautéed onion and garlic, fresh-squeezed lime juice, and a handful of cilantro to make a light sauce for tossing with angel hair pasta.

The poblanos add mild heat and a rich, green pepper flavor that works well with the citrusy flavors of the tomatillos and lime, and the herbaceous qualities of the fresh cilantro.

Angel hair pasta is our favorite choice to pair with this light, fresh-flavored sauce. It cooks up quickly, and because it's so thin, the sauce is easily distributed throughout the dish so every bite is loaded with flavor.

Once plated, each serving is topped with a dollop of sour cream, which contrasts with the heat and acidity in the sauce to create a perfect blend of pungent flavors.

What are poblano peppers?

Poblano peppers are very dark green chiles with a rather flat, triangular shape. They grow to be about 4-inches long, have a lively green pepper flavor and relatively mild heat. Dried poblanos are called ancho chiles.

The peak season for poblanos is in late summer and early fall. When shopping, look for shiny skin free of soft spots and blemishes.

Poblanos are used in a variety of dishes but they're probably best known as the pepper used in Chiles Rellenos, a popular Mexican restaurant dish of fried, cheese-stuffed peppers served with spicy tomato sauce.

Tomatillos are members of the tomato family and a popular ingredient in Mexican and Southwestern cuisines. They resemble small green tomatoes, but they are much firmer and covered by a thin papery husk.

Tomatillos have a mild citrus and herb flavor and can be served raw in salads and salsas. Cooking intensifies their flavor and softens the flesh and skin, which is why we generally opt to roast or broil them before using.

When shopping for tomatillos, look for firm, unblemished fruits with intact husks. Husks that have loosened from the fruit are not necessarily bad, just be sure to check the firmness and appearance of the tomatillo underneath.

Tomatillos have a longer shelf life than tomatoes and can be stored in a paper bag in your refrigerator's crisper for up to two weeks.

More recipes made with poblanos and tomatillos: 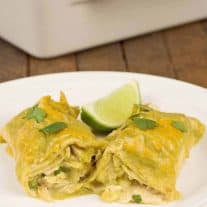 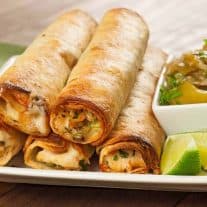