Pan-seared chicken breasts are topped with crispy bacon, melted cheddar cheese and a quick pan sauce made from apple butter, chicken broth and a splash of cider vinegar for a delectable entree.

Apple butter is a nice ingredient to have on hand. Not only is it a great spread for your morning toast, it can make a smooth pan sauce in a matter of minutes.

We spooned it over pan-seared chicken breasts that were topped with bacon and melted cheddar cheese for a really tasty, effortless entree. Serve with mashed potatoes and a green veggie for a complete meal. 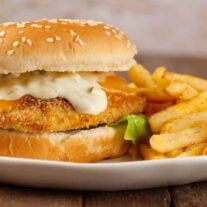 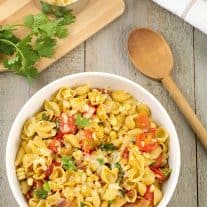 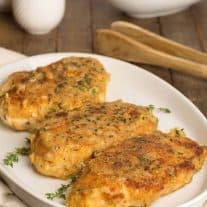